To share your memory on the wall of Danny Casaquit, sign in using one of the following options:

A receipt has been emailed to the address provided. A receipt may also be printed.

A member of The Operating Engineers Local 3, he worked in the Asphalt Paving Industry and was a foreman at Maui Kupono Builders... Read More
Danny Casaquit Jr. (56) of Pearl City passed away on April 7, 2020. Born on February 8, 1964 in Honolulu, Hi.

A member of The Operating Engineers Local 3, he worked in the Asphalt Paving Industry and was a foreman at Maui Kupono Builders. Also one of the founding members of a VW car club "Usual Suspects".

A Celebration of Life will be held at a later time.
Read Less

To send flowers to the family or plant a tree in memory of Danny Casaquit Jr., please visit our Heartfelt Sympathies Store.

Receive notifications about information and event scheduling for Danny

There are no events scheduled. You can still show your support by sending flowers directly to the family, or planting a memorial tree in memory of Danny Casaquit Jr..
Visit the Heartfelt Sympathies Store

We encourage you to share your most beloved memories of Danny here, so that the family and other loved ones can always see it. You can upload cherished photographs, or share your favorite stories, and can even comment on those shared by others.

Posted Apr 28, 2020 at 02:37am
Our condolences go out to your whole Ohana at this hard time. Danny was a great coworker and influential individual at GP and MKB throughout the years 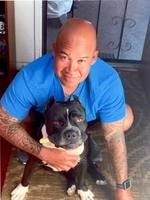 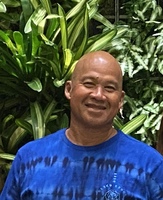 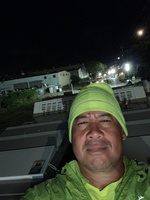