To share your memory on the wall of Frank Lamson, sign in using one of the following options:

Frank proudly served in the United States Air Force for 22 years. His achievements include serving as Veterans of Foreign Wars Post 970 Commander, VFW Hawaii State Commander, VFW National Councilman, and VFW National Recruiter. He received numerous awards for serving Hawaii's children during his years with Child Protection Services and was also honored by multiple Hawaii State Governors for his efforts to serve Hawaii's children and the veterans. He enjoyed golfing, watching action movies, reading, and particularly cheering on the Ohio State Buckeyes, his favorite sports team. However, his most loved thing of all was BIG hugs!

Services will take place at Ballard Family Moanalua Chapel on Thursday, December 19, 2019. Visitation begins at 10 AM, service starts at 11 AM. Inurnment at Punchbowl, The National Cemetery of the Pacific, will be on Friday, December 20, 2019 at 8:30 AM.
Read Less

To send flowers to the family or plant a tree in memory of Frank Singleton Lamson, please visit our Heartfelt Sympathies Store.

Receive notifications about information and event scheduling for Frank

Provide comfort for the family with a meaningful gesture of sympathy.

Show you care by sending Flowers

We encourage you to share your most beloved memories of Frank here, so that the family and other loved ones can always see it. You can upload cherished photographs, or share your favorite stories, and can even comment on those shared by others. 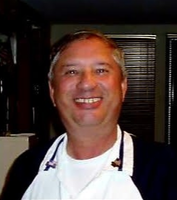