To share your memory on the wall of Lolita Agnes, sign in using one of the following options:

The gesture that can change the world

Lolita was born in Ilocos Norte, Philippines to Melecio and Maria Nieves Balon. She is predeceased by her parents, and siblings Florentino Arellano Balon and ... Read More
Lolita “Loling” Balon Agnes, 77. September 25, 1942 – February 28, 2020.

Lolita was 23 years old when she married Alfonso Aquino, a Balikbayan (returnee from Hawaii) she was brought to Hawaii by Alfonso in 1965. She worked at various companies, notably in Human Resources for the Honolulu Police Department. Her adopted daughters came to Hawaii in 1984, while she was working in the food service department for Kamehameha Schools. She met Fernando Agnes, got married and lived together, with her adopted daughters Dianne and Amelia. Lolita retired from Kamehameha Schools. While on retirement, she established her own food business, “Lolita’s Filipino Delicacies” specializing in Filipino sweets and desserts. For a while she was slowed down by health issues, and on February 28, of this year she suddenly passed at Queen’s Medical Center in Honolulu. She enjoyed cooking, dancing, shopping, and reading.

To send flowers to the family or plant a tree in memory of Lolita Balon "Loling" Agnes, please visit our Heartfelt Sympathies Store.

There are no events scheduled. You can still show your support by sending flowers directly to the family, or planting a memorial tree in memory of Lolita Balon "Loling" Agnes.
Visit the Heartfelt Sympathies Store

We encourage you to share your most beloved memories of Lolita here, so that the family and other loved ones can always see it. You can upload cherished photographs, or share your favorite stories, and can even comment on those shared by others. 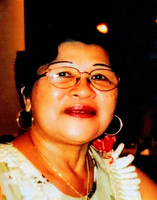 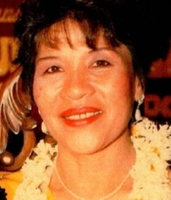 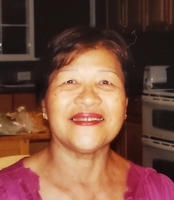