To share your memory on the wall of Robert Lee, sign in using one of the following options:

A receipt has been emailed to the address provided. A receipt may also be printed.

Robert was ... Read More
Robert Kat Chew Lee, 82, of Honolulu passed away on Tuesday, March 31, 2020 in Honolulu due to stage 4 lung cancer. Robert was born on June 25, 1937 in Chungshan, Kwangtung, China; to parents Ah Cheong Lee and Hoi Chun Tsui.

Robert was a cook and owner of Ming Palace restaurant in Honolulu. He enjoyed cooking and spending time with family.

To send flowers to the family or plant a tree in memory of Robert Kat Chew Lee, please visit our Heartfelt Sympathies Store.

There are no events scheduled. You can still show your support by sending flowers directly to the family, or planting a memorial tree in memory of Robert Kat Chew Lee.
Visit the Heartfelt Sympathies Store 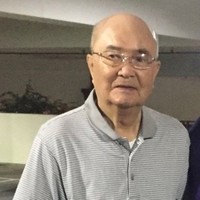