To share your memory on the wall of Terril Takeshita, sign in using one of the following options:

Provide comfort for the family of Terril Takeshita with a meaningful gesture of sympathy.

Terril grew up in Kalihi and graduated from Farrington high school class of 1955. His free time was taken up with sports and working part time so that he could save up to purchase a car as soon as possible. After high school he joined the US Air Force and eventually got into the Office of Special Investigations (OSI) where he spent some time stationed in Japan. After leaving the military he returned to Hawaii and went into the Insurance and Nursery business.

Terril finally found use of his love of Japan, people and cars and spent about three decades as a private tour driver. Here he made many friends and created lots of memories driving CEOs of huge companies, along with a variety of famous sports stars, singers and actors.

Terril's main hobby was fishing. His passion lead him to make many more friends through the sport and even a short lived career via starting a private fishing tour company on Lanai. He always viewed it as a therapy session that not only fed the people around him, but also his health and soul. Terril always said the sand massages the feet, which cured the body and the stars above gave access to connect to our ancestors.

Terril also loved sports. His basketball team was the Celtics, football was the 49ers, and his favorite was baseball and his Dodgers. He cheered for them at all times of the year. Terril was also proud of the hometown UH Warriors and went to UH baseball games frequently. Also, during football season, if there was a home game on Saturday, you would find his group at Aloha Stadium rain or shine. This went on for around two decades!

As we remember Terril H. Takeshita we think of family, friends and a willingness to help anyone in need.

A small, family service was held at Hawaiian Memorial on September 19, 2019. Here he joined the rest of the Takeshita family. Please contact ricktakeshita@gmail.com for further inquiries. The Takeshita family deeply thanks everyone involved in his celebration of life.
Read Less

We encourage you to share your most beloved memories of Terril here, so that the family and other loved ones can always see it. You can upload cherished photographs, or share your favorite stories, and can even comment on those shared by others.

Posted Oct 23, 2019 at 03:38pm
I lost touch with Terril over the years but I have fond memories of the time that he was a mentor to me. I met him through the Japanese Jaycees and he was working at Investors Equity Life Insurance. I introduced him to many of my friends from Japan who were my classmates and business associates.
He was my best man at my wedding and he gave me sound advise about how to deal with my issues as a Vietnam veteran.
I really appreciated the times that we spent together.
Comment Share
Share via: 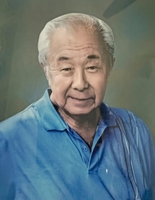